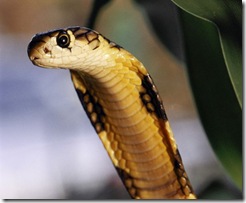 The king cobra is the world's longest venomous snake, with a length up to 18.5 to 18.8 ft. This species, which preys chiefly on other snakes, is found predominantly in forests from India through Southeast Asia. 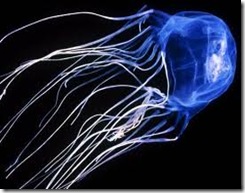 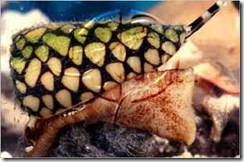 Conus marmoreus, common name the "marbled cone", is a species of predatory sea snail, a marine gastropod mollusk in the family Conidae, the cone snails, cone shells or cones. It is the type species for the Conus genus. 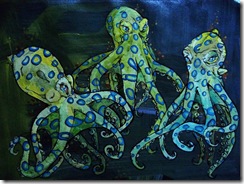 The blue-ringed octopuses are three octopus species that live in tide pools and coral reefs in the Pacific and Indian Oceans, from Japan to Australia. They are recognized as some of the world's most venomous marine animals 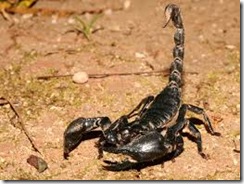 The death stalker, is a species of scorpion, a member of the Buthidae family. It is also known as Palestine yellow scorpion, Omdurman scorpion, Israeli desert scorpion and numerous other colloquial names, . 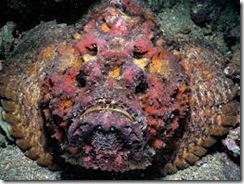 Stonefish is a genus of fish of the family Synanceiidae, the Stonefishes, whose members are venomous, dangerous, and even fatal to humans. It is one of the most venomous fish currently known in the world.

Phoneutria, commonly known as Brazilian wandering spiders, armed spiders, or banana spiders, are a genus of defensive and venomous spiders of potential medical significance to humans. 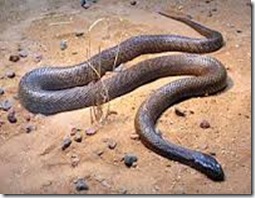 The Inland Taipan, also known as the Small Scaled Snake and Fierce Snake, is native to Australia and is regarded as the most venomous land snake in the world based on LD50 values in mice. It is a species of taipan belonging to the Elapidae family 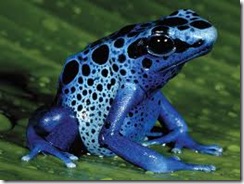 Poison dart frog is the common name of a group of frogs in the family Dendrobatidae which are native to Central and South America. These species are diurnal and often have brightly colored bodies 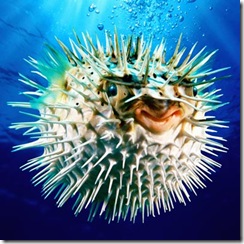 Tetraodontidae is a family of primarily marine and estuarine fish of the order Tetraodontiformes. The family includes many familiar species, which are variously called pufferfish, puffers, balloonfish,