What do you know who invented the mobile phone?
Do not know? Find out if they 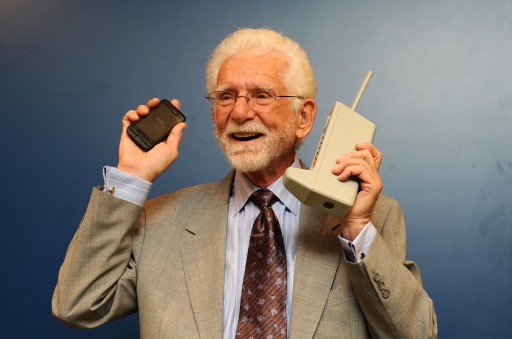 Martin "Marty" Cooper (born December 26, 1928 in Chicago, Illinois, USA) is a pioneer and visionary in the wireless communications industry. With eleven patents in the field, he is widely regarded as one of the leading inventors of our time and recognized as an innovator in radio spectrum management.
While at Motorola in the 1970s, Cooper conceived the first handheld mobile phone and led the team that developed it and brought it to market. He is considered the "father of the cell phone" and is also cited as the first person in history to make a handheld cellular phone call in public.
Cooper is co-founder of numerous successful communications companies with his wife and business partner Arlene Harris; also known as the "first lady of wireless." He is currently co-founder and Chairman of Dyna LLC, in Del Mar, California. Cooper also sits on committees supporting the Federal Communications Commission and the United States Department of Commerce.