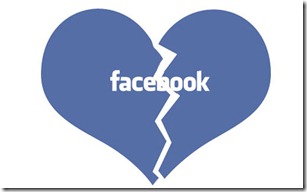 Experts believe this could enable people to deal with the break up more effectively.

Social networking sites should enable couples who split up to erase the evidence of their relationship more easily, researchers say.

They suggest automatic software to gather all the digital evidence of the relationship following a break up.

Dr Corina Sas from Lancaster University and Professor Steve Whittaker of the University of California at Santa Cruz interviewed 24 young people about how they handled the evidence of their broken relationship in the on-line world.

These "digital possessions" include everything from texts, emails, music, video, social media and photos whether kept on mobile devices, a laptop or digital picture frame.

"It's particularly hard to remove the traces of a past relationship left on social networking systems and it can be painful to revisit this accidentally," Sas said.

"The greatest problems involved content on Facebook where couples could easily be reminded of their ex unless they deliberately unfriended them. Even then, there could be content about your ex on your friends' pages which you can't delete," Sas said.

Researchers said it can be very time consuming when digital content is spread across different devices like laptops or tablets and this would make the task much simpler.

It could also enable people to deal with the break up more effectively, they said.

The research "Design for forgetting; disposing of digital possessions after a breakup" found that people adopted three strategies for dealing with digital content, either deleting or saving everything, or selectively deleting after a while.

"The best approach is not to act on impulse but instead try to wait. Then you can select which memories you want to keep and which you are confident you will not regret deleting," said Sas.