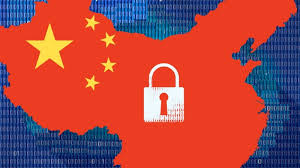 China has taken another step toward implementing a controversial cybersecurity law that could have significant implications for foreign businesses operating in that lucrative market.
The draft law would require companies to “comply with social and business ethics” and “accept supervision by both government and the public,” according to the state news agency Xinhua.
It would also stipulate that Chinese citizens' personal information and other data collected in China must be housed in the country.
A new provision would also order Beijing to “monitor and deal with threats from abroad to protect the information infrastructure from attack, intrusion, disturbance or damage.”
The draft was presented to the standing committee of the National People's Congress for its second reading on Monday, but it is not clear when it will be passed.
Beijing has long argued that its increasingly stringent cybersecurity laws are necessary to protect the country from cyberattacks, while foreign businesses complain that they are protectionism meant to lock out foreign competitors.
One national security law, adopted last July, requires all technologies — including those belonging to foreign firms — to be “secure and controllable.”
The steadily increasing rules are part of a long-standing effort to restrict the flow of digital information at home, and diminish reliance on foreign technology.
China is set to implement a controversial cybersecurity law, a measure which is said to counter the growing threats of hacking and terrorism by strengthening internet surveillance and censorship in the country.
The National People's Congress (NPC) Standing Committee, China's top legislative body, held a third and final reading of the said cybersecurity law on October 31. The law is expected to be passed by the end of the October 31 to November 7 sessions and set to be effective by June 2017. While a parliament official stressed China's objective need to become a major internet power, many overseas critics argue about its potential threat to shut down foreign technology companies out of numerous sectors.
The government of China has been known to control online speech very tightly. But censorship has reached new heights ever since President Xi Jinping stepped into office in March 2013. China Director Sophie Richardson said that the country's internet has faced very strict restrictions, and what it needs is freedom. But authorities have pressed on to pass the law without even reviewing it for any significant modifications. The Human Rights Watch reported that the abusive aspects included in the original draft remain unchanged.
Richardson added that the passage of the cybersecurity law would mean that netizens in China, along with many multinational corporations, are at risk of poor protection against serious charges.
Yang Heqing, one of the officials of NPC's standing committee, explained to Reuters why the law was important during the close of a bimonthly legislative meeting. According to him, "China is an internet power, and as one of the countries that faces the greatest internet security risks, urgently needs to establish and perfect network security legal systems," thus such protection was necessary.
SORCE : http://www.telegiz.com/articles/10322/20161107/internet-china-cybersecurity-law.htm